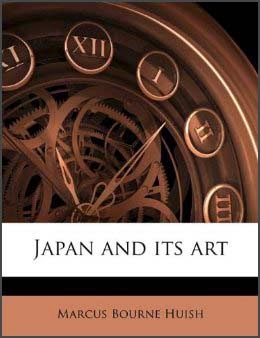 - - - Identity:
Marcus Bourne Huish was a barrister, writer and art dealer, the son of Marcus Huish of Castle Donington, Leicestershire. He married Catherine Sarah Winslow. Their daughter Margaret Dorothy Huish was born in 1879.

- - - Life:
Husih was called to the bar in 1867 but seems to have abandoned his legal career for the art trade. From 1879-1911 he was Director of the Fine Art Society, with Ernest Brown as his assistant manager. For 12 years he was also editor of Art Journal. In September 1879, after JW's bankruptcy, the Fine Art Society commissioned JW to travel to Venice to complete twelve etchings. JW stayed for over a year, making fifty etchings and over ninety pastels.

Huish was himself a watercolourist and the chairman of the Japan Society.
He was a Chevalier of the Order of the Sacred Treasure, and was made a Knight of the Order of the Crown of Italy for his part in organising the British section at the Venice Biennale.
The Huishes lived at 21 Essex Villas, Kensington.
- source : www.whistler.arts.gla.ac.uk 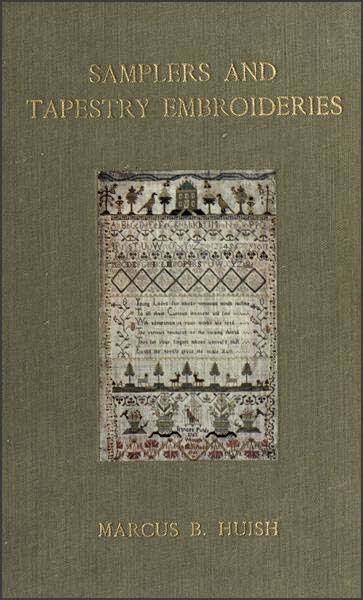 Samplers and Tapestry Embroideries
by Marcus Bourne Huish
Author of “Japan and its Art,”
...
. . .It is true that recent International Exhibitions have included some marvellous specimens of adroitness in needlework, such, for instance, as the wonders from Japan; but these tours de force, and even the skilled productions from English schools, as, for instance, “The Royal School of Art Needlework,” and which endeavour fitfully to stir up the dying embers of what was once so congenial an employment to womankind, are no indications of any possibility of needlework regaining its hold on either the classes or the masses.
...
... Among other stitches used for grounds are the long flat satin-stitch familiar in Japanese embroideries of all periods, and laid-stitches, i.e., those formed of long threads “laid” on the satin or silk foundation, and held down by short “couching” stitches placed at intervals. Laid-stitch grounds, however, are oftener seen in foreign embroideries, especially Italian and Spanish, than in English examples.