He is renowned for funding the construction of Japan's first subway system, now known as the Tokyo Metro Ginza Line, which opened in 1927. 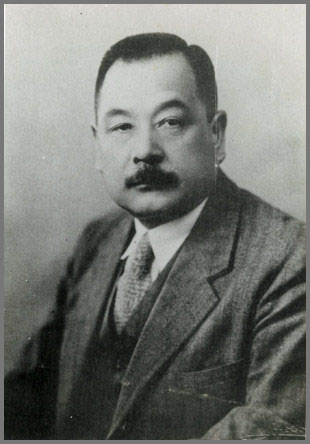 「地下鉄の父」 The Father of the Subway in Tokyo


- quote -
Noritsugu Hayakawa, builder of Asia’s first underground railway, is considered the father of subways in Japan.
Hayakawa
was an apprentice of “railway king” Kaichiro Nezu, the founder of Tobu Railways.
Impressed by the subways he saw while touring Europe in the 1910s, upon his return to Japan Hayakawa began fiercely lobbying for Tokyo to build its own system.
After obtaining a license, he established the Tokyo Underground Railway Co. in 1920. The first underground rail link connected Asakusa and Ueno in 1927.
This is now known as the Tokyo Metro Ginza Line.
- source : japantimes.co.jp/news/2010... - 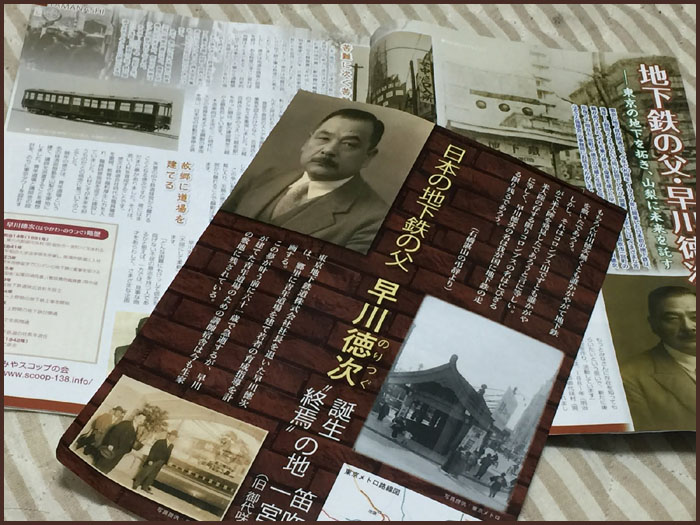 A group of about 50 local people has formed in 2017, making papermachee Daruma dolls. 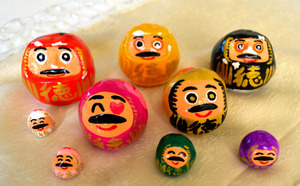 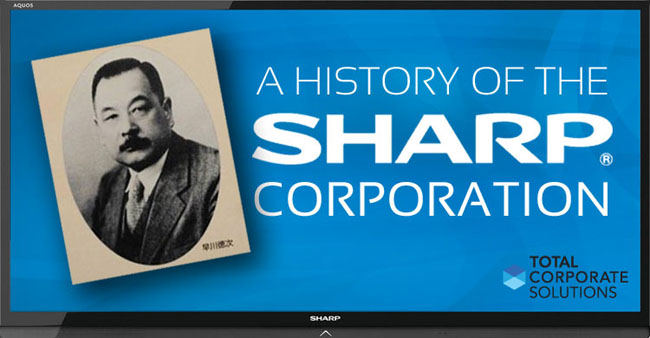 - quote -
Tokuji Hayakawa (早川 徳次 Hayakawa Tokuji, November 3, 1893 - June 24, 1980)
was a Japanese businessman and the founder of Hayakawa Kinzoku Kōgyō (the present-day Sharp Corporation). He invented and patented the “Tokubijō” belt buckle in 1912 (a belt which can fasten without perforating) and invented the "Ever Ready Sharp" mechanical pencil (from which his company would later get its name from) in 1915.

The success of the “Tokubijō” belt buckle led to Hayakawa starting his own metallurgical processing, which then developed into the present-day Sharp Corporation.

Tokuji Hayakawa was born in Tokyo in 1893. Due to difficult domestic circumstances, he was adopted by the Ideno family. It was not until he grew up, however, that he learned of this. He left primary school after second grade due to his family’s poverty, and was apprenticed to a maker of metallic ornaments. He worked diligently there to improve both his skill in metalwork and understanding of the trade, earning the trust of his master.

Though the buckle had been used since ancient times for such accessories as armor and shoes, it started to be used on belts for boys’ trousers in the 15th century and came to be used in women’s clothes in the 19th century. It took two forms: practical and decorated. When Hayakawa launched his buckle in 1912, demand in Japan for the buckle increased with the spread of Western-style fashions.

Hayakawa and other artisans, however, had not yet had a chance to wear Western-style clothes and belts.
Hayakawa happened to notice a silent film actor whose belt had come undone. This inspired him to spend time after work inventing a new belt that could be fastened to any length.

As a result, he developed a buckle that used a roller to fasten a belt without puncturing it. His master admired his inventiveness and recommended that Tokuji apply for a patent. He suggested the name “Tokubijō” adopting one character of Tokuji.

The first order for the Tokubijō buckle was huge — 33 grosses or 4,752 in total. Because of the pressures to deliver his product on time, Tokuji decided to go independent. He borrowed most of the capital independently and launched his own shop in September, 1912. He introduced industrial presses, hired workmen and delivered new orders with no interruption. He was able to promptly retire his debt. He continued to improve his manufacturing process and expand his business into a bigger plant.

In 1913, Hayakawa acquired the patent of an innovative water faucet, and in 1915, he developed the prototype of the sharp automatic pencil still sold today. Afterwards he demonstrated managerial genius, expanding his enterprise into electronics manufacturing of world-famous radios, tape-recorders and televisions. He was active in social welfare programs. He died in 1980 at the age of 86.
- source : wikipedia -