- quote
Asahina Yoshihide (朝比奈 義秀), also known as Asahina Saburō (朝比奈 三朗), was a Japanese warrior of the early 13th century, and the son of Wada Yoshimori (和田義盛, 1147-1213).
His name (also written with the characters 朝夷奈 (Asaina?) comes from Awa no Kuni's (安房) Asaina-gun (朝夷奈郡), where he lived at one time. Though very likely a historical figure, Yoshihide appears in literature and in kabuki as a somewhat superhuman legendary character. According to these, his mother was the renowned female warrior Tomoe Gozen, and he had superhuman strength which he used to accomplish a number of stunning feats.

Asahina's name is associated with some incredible feats. According to the Azuma Kagami, he and future shogun Minamoto no Yoriie, who were good friends, one day were together in Kotsubo. Yoriie said he had heard what a good swimmer Yoshihide was, and challenged him to give a demonstration of his prowess. Immediately, Asahina jumped into the sea and soon re-emerged with two or three sharks in his fists. Asahina is also mentioned in the Soga Monogatari as having competed for strength with Soga Goro Tokimune. 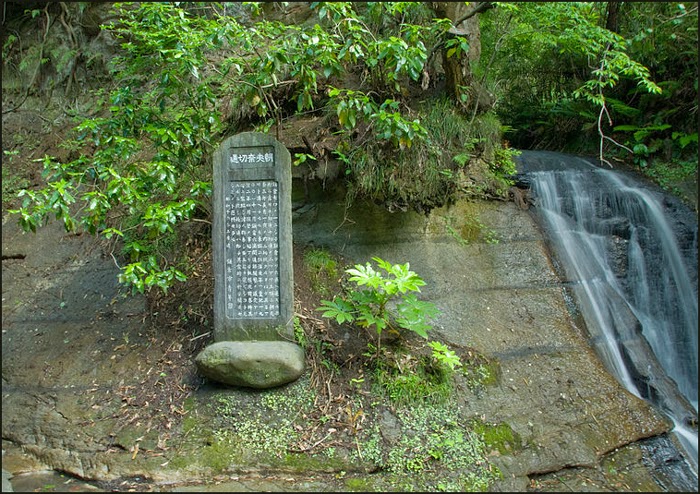 Finally and most famously, he is said to have opened the Asaina Pass by himself in one night, thus giving this extremely important pass his name.
© More in the WIKIPEDIA !


- quote
Asaina-Kiridoshi Pass (朝夷奈切通し)
Nowadays, the modern paved road runs nearby, but long ago this old path which connected Kamakura with Kanazawa (金沢) and Mutsura (六浦, the old name of present-day Mutsuura) was an important thoroughfare for people and vital goods.
In 1240, the Kamakura government, under Hojo Yasutoki (北条泰時, 1183-1242), the third regent, decided to construct a road between Kamakura and Mutsura. The undertaking was so important that Yasutoki himself inspected the construction work. The date of completion, however, was not recorded, even though the project was an official one. On the other hand, because the work was said to have been carried out at top speed, the huge achievement was attributed to a one-night feat by Asahina Saburo Yoshihide (朝比奈三郎義秀, ?-?), a warrior reputed to have been unrivaled in his day. It is from this legend that the Asahina Pass got its name.
A cascade next to the stone marker of the Asahina Pass also has his name, being called Saburo no Taki (三郎滝), Saburo Falls.
- source : www.kcn-net.org/e_kama_history 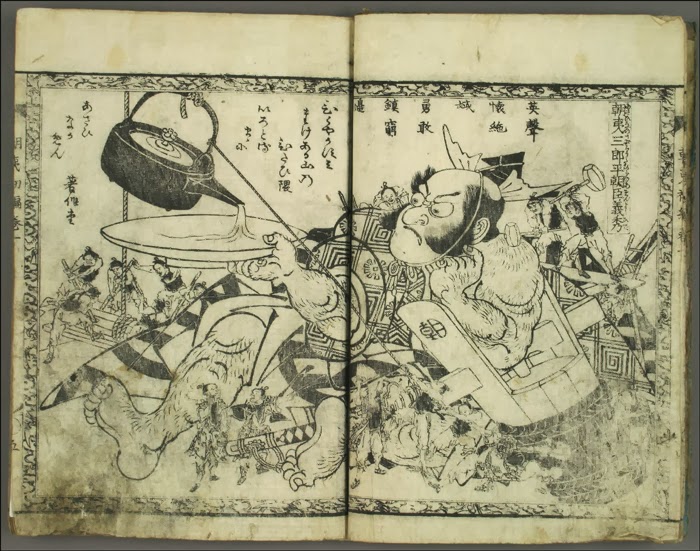 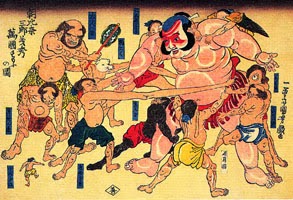 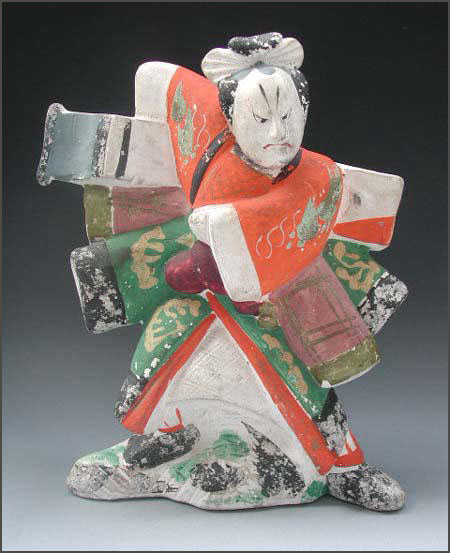 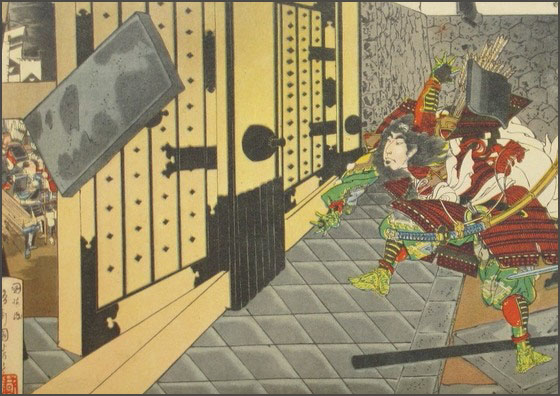 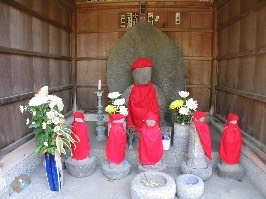 This is a small statue in the neighbourhood of Kamakura, where I used to live closeby in the mountains of Juniso.
It is at the foot of the Asahina pass road from Kamakura to the Bay of Tokyo.

n earlier days, the statue stood beside the main road where many people passed by. The name of this Jizo derives from the following story: In the early days, salt sellers offered the Jizo a portion of their salt on their way to the town of Kamakura because they hoped for a successful trade. On their return, they always noticed that the salt was gone. They innocently believed Jizo had graciously tasted it and would give them luck. The legend attests the importance of this road for transportation of daily necessities such as salt.

. History of Salt in Japan .

Email ThisBlogThis!Share to TwitterShare to FacebookShare to Pinterest
Labels: - - - AAA - - -

朝比奈義秀の鬼の首引き Asahina Yoshihide
and a kubihiki 鬼の首引き neck tug of war of the demons - a special kind of Sumo
.
https://kappapedia.blogspot.jp/2017/03/demon-legends-shiga.html
.

oni kyoogen 鬼狂言 Oni Kyogen - Demon Kyogen performance
A story about the strong man, Asahina
The Oni eventually have to let him go out of hell and onto 極楽 Gokuraku, the Buddhist Paradise.
.
https://gokurakuparadies.blogspot.jp/2017/04/jigoku-hell-demons-devils.html
.