Having often been told by the Japanese that he would “never understand” their culture because he was not one of them, American cartoonist Tim Ernst decided to embrace this notion and deploy it creatively.

Ernst relocated permanently from California to Akita Prefecture in 1981, following an earlier stint as an English teacher in Yamagata Prefecture, where he met his wife of 34 years.
.
“I saw the opportunity here to create a character which kind of mirrored an adult version of Charlie Brown from ‘Peanuts,’ ” he says. “Once I established the character, I simply put him in situations I had experienced or was informed of by other gaijins who had.”
.
One of the editors at the paper introduced Ernst to Tomy Uematsu, a fan of “Gaijin” who had connections with the publishing department at The Japan Times.
With Uematsu’s help, Ernst was able to pitch the book version of “Gaijin” to The Japan Times, where it was subsequently accepted for publication.
.
The original “Gaijin” went through more than 30 reprints in the following years, including translations into Chinese and German, until the mid-2000s, when The Japan Times returned the copyright to Ernst.
- source : Japan Times, June 2014 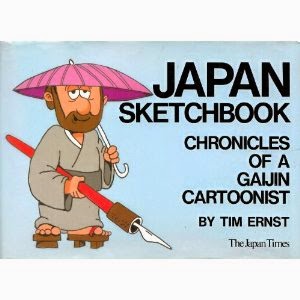 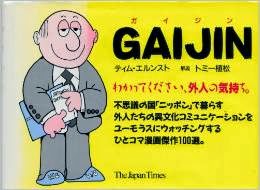 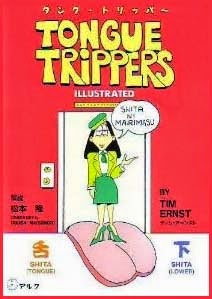 Email ThisBlogThis!Share to TwitterShare to FacebookShare to Pinterest
Labels: - - - EEE - - -